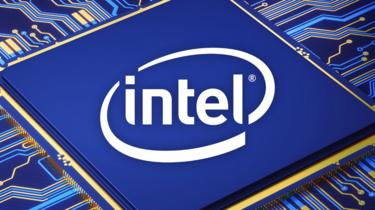 The company said it was exploring “contingency plans” such as having third-party manufacturers produce some of its products.

In June, Apple said it would transition its Mac computers away from Intel processors and design its own chips.

One expert said Intel risked leaving a gap for competitors to step into.

Intel said it had identified a “defect” in its manufacturing process that led to the new delay.

What is a next-generation chip?

Chip-makers try to miniaturise their technology and processes so that they can pack more transistors on to a single silicon chip.

Doing so typically creates faster processors which are more energy-efficient.

This can give smartphones and laptops a longer battery life, and reduce energy consumption by data centres.

Intel’s current-generation chips are described as 10nm (nanometre) chips, and its next-generation will be 7nm chips.

These numbers used to be a measure of the tiny spaces in between transistors on a chip, but today they are simply marketing terms.

Intel’s most dense 10nm designs are broadly equivalent to the most dense 7nm designs by rival chip-maker TSMC, he said.

A delay in producing next-generation chips could give rivals a head start.

There are two main parts to Intel’s business: it designs computer chips and manufactures them. Most of its rivals only do one or the other.

TSMC simply manufactures chips designed by other companies, such as AMD and Apple.

While Intel’s current-generation 10nm chips were delayed by more than two years, TSMC was shipping its equivalent 7nm chips in bulk to major customers such as Apple, AMD, Huawei and Qualcomm.

While AMD already has a generation of current-generation chips on sale, Intel “has no answer for similar products in desktop computing, and is only promising a small launch of its first generation 10nm server processors by the end of the year”, Dr Cutress said.

“With all the delays Intel had on its 10nm production, its new 7nm chips were meant to solve that issue and make 10nm more of a footnote in Intel’s history. The delay to 7nm implies Intel is having issues with the development,” he added.

“If Intel fails to execute properly, then it leaves a large hole for its main competition to step into, as well as eroding 20 years of confidence in Intel’s ability to deliver high-performance and high-efficiency computing products.”

Mimfinder is an advanced business and service directory website. Business and Service providers from different categories can register and create their profile. Customer can see their profile and Read more!

This website uses cookies to improve your experience while you navigate through the website. Out of these cookies, the cookies that are categorized as necessary are stored on your browser as they are essential for the working of basic functionalities of the website. We also use third-party cookies that help us analyze and understand how you use this website. These cookies will be stored in your browser only with your consent. You also have the option to opt-out of these cookies. But opting out of some of these cookies may have an effect on your browsing experience.
Necessary Always Enabled
Necessary cookies are absolutely essential for the website to function properly. This category only includes cookies that ensures basic functionalities and security features of the website. These cookies do not store any personal information.
Non-necessary
Any cookies that may not be particularly necessary for the website to function and is used specifically to collect user personal data via analytics, ads, other embedded contents are termed as non-necessary cookies. It is mandatory to procure user consent prior to running these cookies on your website.
SAVE & ACCEPT